Join Design4Drupal, Boston as we welcome Preston So as our keynote speaker 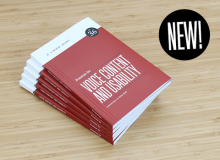 During the keynote Preston will introduce us to the design strategy of Voice Content and will help us answer the question - Does your content have a voice of its own?

A Book Apart 's summary of Voice Content and Usability is:

Interfaces have long been visual affairs, with content confined to the text and images behind our screens. But that’s changing. Humans have started talking to interfaces—and interfaces are talking back.

Now we need to ensure those interfaces can converse effectively, thoughtfully, and naturally. Preston So introduces us to the exciting new frontier of voice content design, and the questions that designers, content strategists, and engineers need to answer in order to build richly structured, inclusive communication with the powerful medium of voice.

Topics covered in the keynote will include: 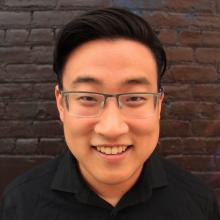 Preston has been a programmer since 1999, a web developer and designer since 2001, a creative professional since 2004, a CMS architect since 2007, and a voice designer since 2016. Since 2015, he has led product, design, engineering, and innovation teams at organizations like Acquia, Time Inc., and Gatsby.

Preston is an editor at A List Apart, a columnist at CMSWire, and a contributor to Smashing Magazine. Named “probably the smartest person working in this industry right now” by Web Content Management author Deane Barker in 2020 and a top influencer in Onalytica’s “Who’s Who in Digital Experience” in 2021, he is also Editor in Chief at Tag1 Consulting.

Preston has spoken at An Event Apart (2020) and three times at SXSW Interactive (2017, 2017 encore, 2018), in addition to dozens of conferences and keynotes around the world in three languages.

At Gatsby, Preston led the product and design teams for the general availability release of Gatsby Cloud, one of the most anticipated Jamstack product launches of 2019. As Director of Research and Innovation at Acquia, he launched and led the Acquia Labs innovation center, directed groundbreaking voice-driven experiences for clients like the State of Georgia and Nestlé Purina, and drove Acquia’s headless CMS and decoupled Drupal strategy.

Previously, Preston oversaw the Entertainment Weekly website and its development team at Time Inc. (now Meredith), contributed to Drupal's open-source Spark initiative, operated a lauded freelance web and print design studio with a diverse clientèle across the United States, and directed the most recent redesign in 2013 of The Harvard Crimson’s online edition, the first student-designed responsive newspaper site in the Ivy League.

Preston has given free web development classes in public libraries and in 2017 founded Decoupled Days, a non-profit conference about the future of content management systems, now in its fifth year. He is based in New York City, where he can often be found immersing himself in languages that are endangered or underserved.