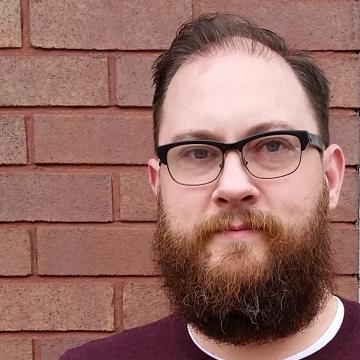 JD Flynn has had mental illness most of his life, but didn't admit it until his early 30s.  After a decade-long career in emergency services as a paramedic, JD made the jump from the ambulance to the text editor.  Since then, JD has somehow worked up to the title of Drupal Architect out of Chicago, he's active in the local Drupal community by helping to organize MidCamp, the Midwest Drupal Camp held annually in Chicago, and co-organizing the Drupal Chicago Meetup Group.

His life was changed by OSMI (Open Sourcing Mental Illness), a 501(c)(3) non-profit focused on opening the conversation on mental illness, which led him to telling his own story to as many people who will listen.  JD has presented on the topic of Mental Illness in the Tech Community at multiple meetups and regional and national conferences around the United States.

Dealing with Mental Illness, or How I Learned to Dislike Myself Less